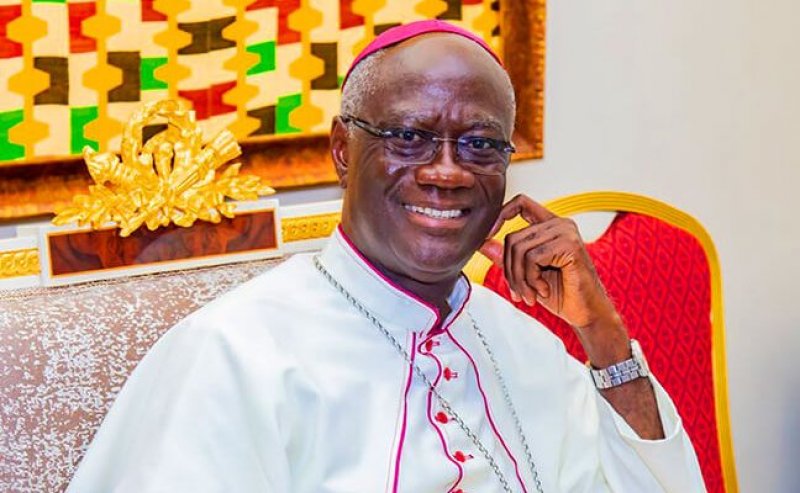 The Most Reverend John Bonaventure Kwofie, the Catholic Metropolitan Archbishop of Accra, says true Christians going through mockery, disappointments and physical pain is inevitable, as they have chosen to take up their cross and follow Jesus Christ. He said their Leader Jesus Christ suffered intensive physical pain including lashes, so they should be prepared for harsh and hard times.

“His only sin was to heal the sick, open the eye of the blind and heal the lepers and the same people called for his crucifixion. He was deserted by his disciples and felt both the Heavens and the Earths had betrayed him. He hanged on the cross for three hours where he gave up the spirit,” he said.
The Archbishop said this while delivering the homily on Friday at the Holy Spirit Cathedral during the celebration of the ‘Good Friday’ as part of the Easter festivity observed by Christians across the globe.
He said Christ suffered and died for man’s salvation and therefore, Christians ought to deny themselves earthly pleasures to follow Him.
“Sometimes our family and friends will betray us, sometimes we will go through difficulties and disappointments will await us and the enemy may seem to have won, but we must let the cross and suffering of Christ lead us to stand firm for him to the end,” he advised.
Most Rev. Kwofi advised Christians not to let their personal aspirations, interests, power and desire glue them to earthly satisfaction but submit to the word of God.
He reminded believers of the Bible verse Philippians 2:12, which asked them to work on their salvation with fear and trembling and follow the footsteps of Christ in love and truth, while forgiving one another of their sins.
Most. Rev. Kwofie together with Priests and the congregation prayed for the Pope Francis, for God who chose him to keep him safe and unharmed to govern his “holy people”, and for the leaders of the Church nationwide.
They also prayed for catechumens, the unity of Christians, believers and nonbelievers for God to direct their minds and hearts according to His will for true freedom and peace.
For those with tribulations and needs, they prayed for God to heal them, offer them safe travelling, salvation, freedom and opportunities.
The celebration started with the Catholic Hymnal 158 (God of Mercy and Compassion), followed by readings from the Books of Isaiah, Hebrew and Mark to remind Christians of how Jesus Christ was betrayed with a kiss from Judas Iscariot to where he died and was laid in a tomb.
The celebration was adorned with an act by four members of the congregation including a Priest, who played the part of Christ with utterances before his last breath.
The show was to educate and remind Christians of the sorrowful and passionate encounter between Jesus Christ, Pontius Pilate, the Jews and the Roman Soldiers before his demise and the need for them not to let Christ’s suffering be in vain.
Afterwards, a crucifix was laid before the alter for believers to pray and bow individually before it with their needs with the ritual interspersed with hymnals and local songs.
The usual movement for Stations of the Cross and touching of crucifix was not done during this year’s celebration due to the COVID-19 safety protocols.
All catholic churches will mark the Holy Saturday and Easter Sunday as part of the celebration.
GNA
view more posts 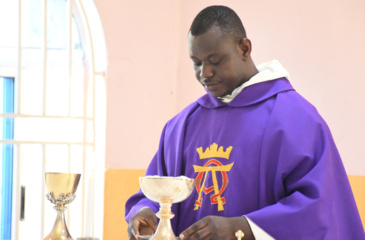 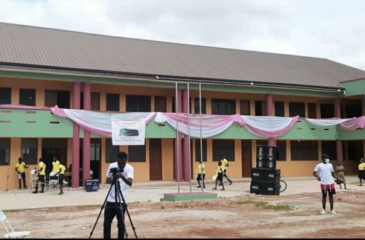